The castle is closed.

The guided tour takes about 1 hour. The last tour begins an hour before closing time.

The Častolovice rose garden is in full bloom! Visit us!

The Park, Minizoo and Children’s Playground are open daily, from morning to dusk, throughout the year.

Parking for both cars and buses is next to the castle. 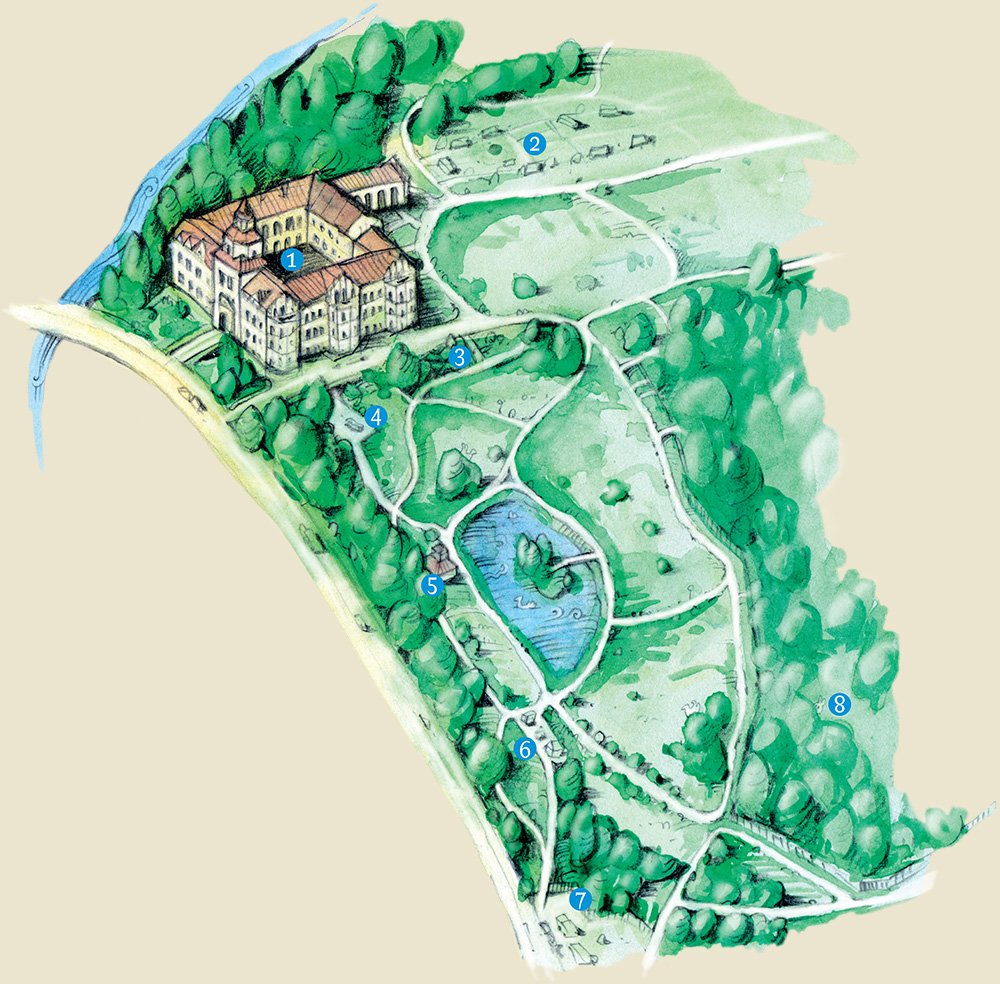 In the castle there is a Gallery exhibiting contemporary artists.

It has been our goal to make all parts of the Castle accessible to people with disabilities, therefore we have made the Museum accessible by installing a lifting platform. Special tours for the blind, in which many of the museum’s objects may be seen through touch, are also available.

Entrance fee to the castle museum

For groups that book a tour of the castle there is a 10% discount.

Dogs are welcome on our tours provided they are kept on a lead. Dog owners are responsible for eventual damage.

Entrance fee to the Mini Zoo

HISTORY
The history of the castle Castolovice dates back to the 13th century, when it was a fortress in the marshes. During the 15th and 16th centuries the castle changed owners many times. The most important of them was king George of Poděbrad, whose first wife Kunhuta was born a Sternberg. King Rudolf II. bought Castolovice in 1577 – although there is no evidence that he ever visited it  –  and seven years later he sold it to the counts of Oppersdorff.

Between the years 1588 and 1615 Frederick of Oppersdorf and his wife Magdalena of Donín rebuilt the now practically derelict fortress into a Renaissance castle. In 1694 Castolovice was bought by Adolf Vratislav Sternberg, the highest burgrave of the kingdom of Bohemia and the castle has remained in the ownership of the family Sternberg to this day, with only two interruptions: The German occupation during the second world war and its confiscation during the 40 year communist rule.

In the last half of the 19th century part of the castle was rebuilt in the then fashionable Neo-Gothic style and the English Park was designed and created.
At the beginning of the 20th century the Neo-Gothic elements were removed and  a huge tower was built above the main entrance.

In 1992, thanks to the law of restitution passed by the government under the first post communist president, Václav Havel, Diana Phipps Sternberg had the castle of Castolovice returned to her. She immediately planted trees, shrubs and flowers in the courtyard and park. Rose and water gardens were planted with a wide variety of flora. A game enclosure for stag and white fallow deer was built and in 2005 the Minizoo was added.

The castle had to be completely rewired and re-plumbed. Central heating was installed. A restaurant, a tea room and a kiosk with outdoor seating were created. Modern kitchens were made, the existing museum was enlarged and opened to the public. 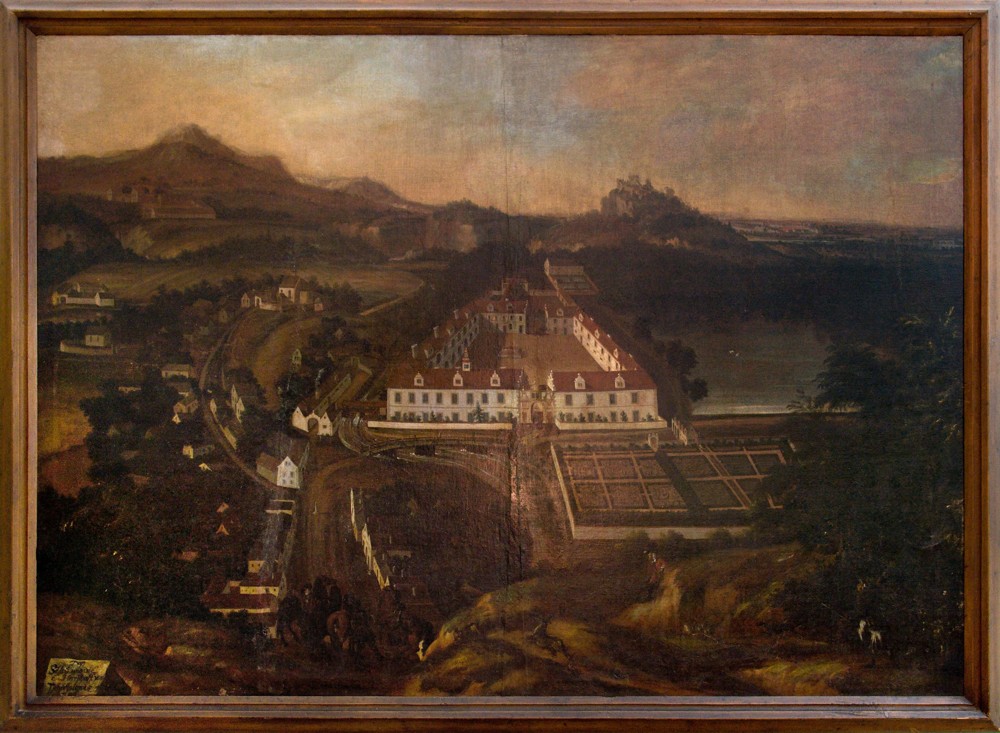 After restitution in 1992, it was evident that the courtyard frescoes would require repair. After a lot of research and planning, finally, in the year 2000 work bagan. We were fortunate enough to have the team of the brothers Berger, Sarka Berger, Peter Stirber and Tomas Zahor do the restoration. The work was financed solely by the owner of the castle. 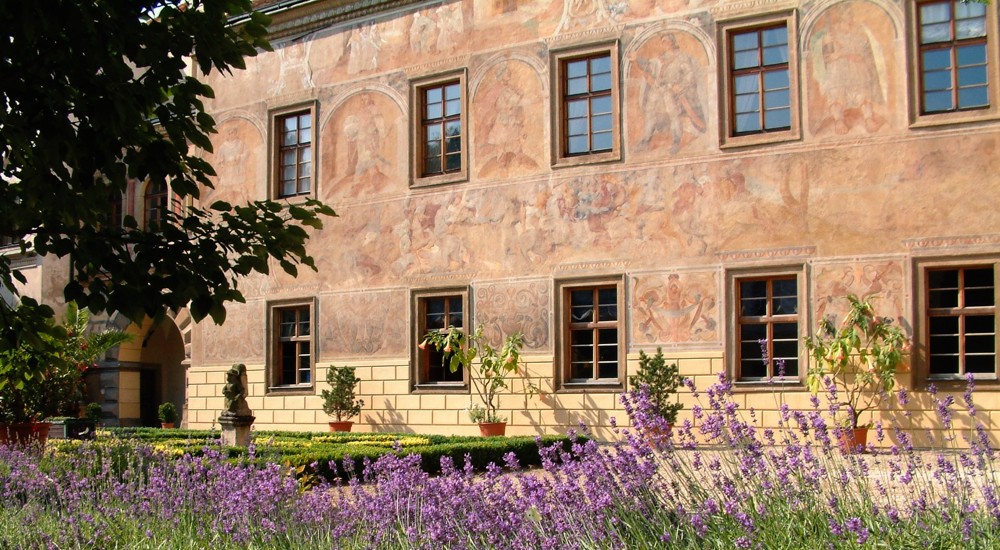 THE BOOK THE JOURNEY

The journey that Countess Sternberg describes is more spellbinding than any traveller’s tale. The author was born into an aristocratic family in Schleswig-Holstein and brought up in an enchantingly beautiful house decorated by Angelica Kaufmann. As a young girl Cecilia Reventlow went to live with her grandmother, Countess Hoyos, in Vienna. For people like her, Vienna was still governed by strict protocol and society was obsessed by birth and pedigree. Cecilia escaped this maze of convention when she married at the age of eighteen the dashing Count Leopold Sternberg. A Bohemian nobleman whose vast estates and ancient lineage could satisfy the most critical, Count Leopold was also a man of tremendous courage, with an unquenchable humour and vitality with a total lack of self-consciousness or self importance.

As a young wife, the author found herself mistress of two castles and a palace in Vienna. In this book her observant and unsentimental eye is turned on to the way of life that now seems infinitely remote.

The author is no puritan, and disdains cant as she disdains moralizing. The result is an account whose truthfulness comes home to every reader in a hundred shrewd insights into human nature.

Since European aristocracy was in general older than the boundaries of nation states, its families had connections from one end of the continent to the other. Rome and France, Scotland and Germany, Spain and Hungary, as well as Austria and Czechoslovakia contained castle-owning cousins.  And individualism well beyond the bounds of eccentricity was accepted without question.

During the war, under the German occupation of Czechoslovakia, the Sternbergs and their young daughter Diana were forced to move from Castolovice and lived in Prague.
When, in 1945 they could return they again entertained nobility and diplomats in the splendid style that tradition demanded. But the Russian grip  tightened, and in 1948 the Sternbergs had to leave the country carrying only what they could carry in a few suitcases.

Their subsequent adventures in France, America and Jamaica were a great contrast to the first part of their lives. They knew insecurity and poverty. Thanks partly to their courage and humour and partly to the author’s talent as an artist, they came, after stormy seas, to a safe anchorage. This frank story of a truly extraordinary woman cannot help but make one of the most absorbing and romantic autobiographies of the twentieth centuries.

In 1999 the original English version was reprinted privately and can be ordered by post at: Castle Castolovice. The book consists of 577 pages, 32 black and white photographs, and costs 18 EUR plus postage. 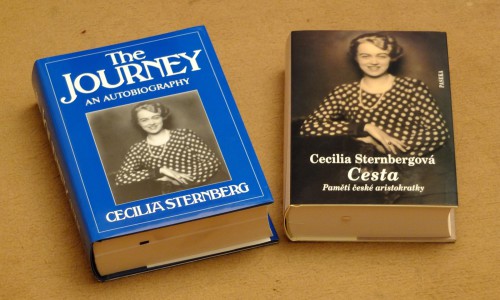